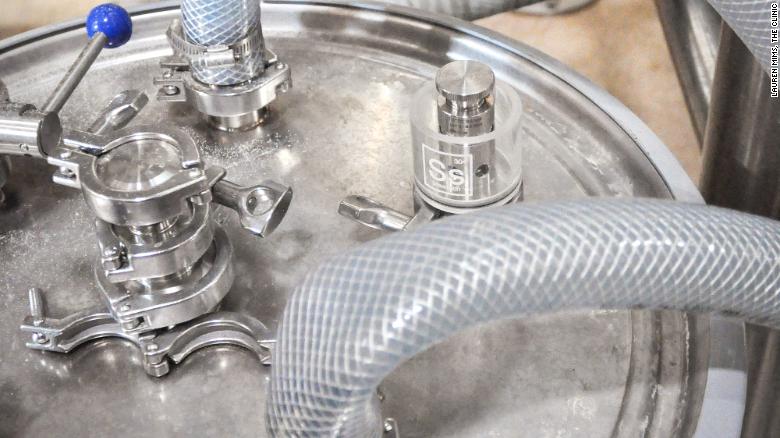 an Francisco (CNN Business)Carbon dioxide is a precious commodity in brewing. The gas is what gives beer its fizz.

Although literally tons of it are produced during fermentation, CO2 is not easy or cheap for small brewers to capture, so it’s often vented into the atmosphere. Instead of grabbing that CO2 to carbonate beer, tanks of CO2 are trucked in from across the country to meet brewers’ needs.
Earthly Labs, a startup out of Texas, hopes to change that. The company wants to establish a recycling loop via a fridge-sized machine named CiCi — shorthand for “carbon capture” — that allows small breweries to trap their CO2, use it to carbonate their beers and potentially sell extra gas to others who need it.
Launched in 2016, Earthly Labs, based in Austin, Texas, operates as a public benefit corporation, meaning it’s a for-profit business that prioritizes contributions that are socially good — in this case, targeting one of the main greenhouse gases that contributes to the rapid warming the planet.
Earthly Labs’ goal is to avoid the emission of 1 billion metric tons of carbon dioxide (about 26 billion trees) by making the pricey CO2 capture systems used by large, multinational companies economical enough for craft brewers and other small businesses.
“Our original vision: Breweries capture their waste and reuse it, save money and, in the process, save the planet,” Amy George, Earthly Labs’ founder and chief executive officer, told CNN Business.
But what started as an environmentally focused action is garnering increased attention for its potential economic benefits by some brewers during the Covid-19 pandemic. The closures of taprooms, bars and restaurants have breweries canning and bottling more beer. And looming over those brewers are heightened concerns about CO2 shortages. 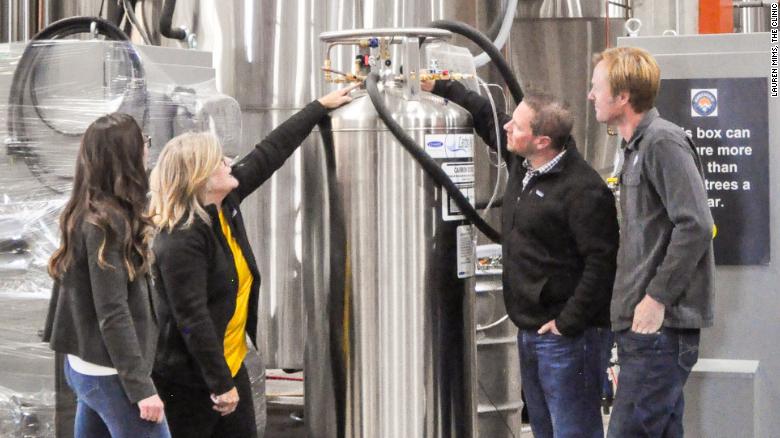 The unit from Earthly Labs costs roughly $100,000, George said. Most brewers see a 2- to 3-year return on investment in normal circumstances; however, rising CO2 prices or supply constraints would accelerate that payback, she said.
Brewers need more CO2 at a time when those supplies and money have grown tighter.
“Our CO2 price doubled per pound,” said David Kroening, co-founder and president of Buoy Beer, a riverside brewery and restaurant in Astoria, Oregon.
Buoy was set to install an Earthly Labs system earlier this year, but those efforts were pushed to the back burner when Covid-19 hit and the brewery had to lay off nearly half of its staff.
“We stopped all capital projects until we saw where the cards were landing,” Kroening told CNN Business. “This one, when you layer in shortages and higher prices for CO2, kind of sped back up.” 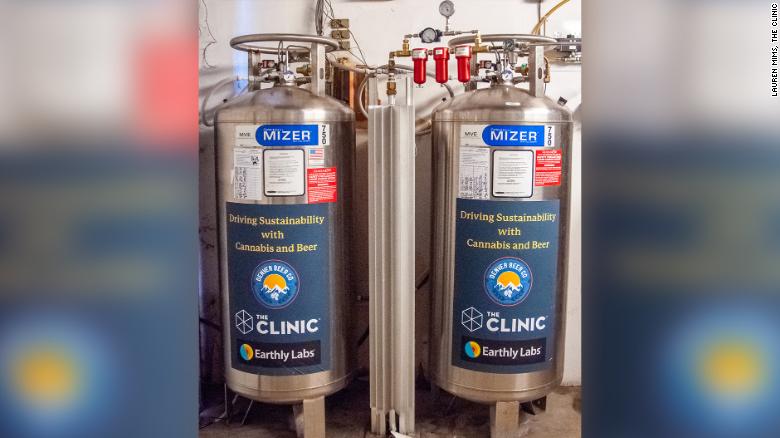 CO2 acts like a nutrient for the indoor-grown cannabis. With the added boost, plants can grow larger and more vigorously, said Zach Engel, director of operations for the cannabis cultivator, processor and retailer.
The Clinic uses about 6,000 to 7,000 pounds of CO2 per month, and those tanks are trucked to its facilities from the East Coast. The CO2 from Denver Beer came from just 8 miles up the highway.
Engel estimates The Clinic shaved off about 20 cents per pound on its CO2 expenditures by using the Denver Beer product. Plus, tests have shown the brew-produced CO2 is more pure than what is produced during typical gas processing, he said.
How much CO2 is offgassed during the fermentation process varies by brewer and by the beer — brews with higher alcohol content produce more of the gas. Denver Beer estimates it produces about 10 pounds of CO2 per barrel, and the brewery pumped out 21,000 barrels of beer last year. It bought about 140,000 pounds of CO2 for its carbonation needs.
Having a willing customer on the other end could help breweries recoup their investments in the systems more quickly, said Kaitlin Urso, an environmental protection specialist at the Colorado Department of Public Health and Environment. Urso spearheaded the pilot as means to help brewers and cannabis companies reduce their environmental impacts.
“Breweries produce way more CO2 than what they would actually reuse within their own operations,” she said. “This is a new way for them to think about it as a commodity.”
https://elevatedsf.com/wp-content/uploads/2020/08/12321.jpg 438 780 Brian Wong https://elevatedsf.com/wp-content/uploads/2019/05/logo.jpeg Brian Wong2020-08-26 21:43:472020-08-26 21:43:47Breweries are turning carbon dioxide into liquid gold