Warning: session_start(): Cannot start session when headers already sent in /home/customer/www/elevatedsf.com/public_html/wp-content/themes/enfold/config-templatebuilder/avia-shortcodes/masonry_entries/masonry_entries.php on line 56
 Pot and POC New programs providing seed money for marijuana startups are popping up around the country. Could Bend follow? - Elevatedsf 
Notice: Trying to access array offset on value of type bool in /home/customer/www/elevatedsf.com/public_html/wp-content/themes/enfold/config-templatebuilder/avia-template-builder/php/asset-manager.class.php on line 711

Notice: Trying to access array offset on value of type null in /home/customer/www/elevatedsf.com/public_html/wp-content/themes/enfold/config-templatebuilder/avia-template-builder/php/asset-manager.class.php on line 711

Pot and POC New programs providing seed money for marijuana startups are popping up around the country. Could Bend follow?

You are here: Home / Pot and POC New programs providing seed money for marijuana startups are...

New programs in Portland, and other progressive cities across the U.S., offer grants and loans to new cannabis businesses owned by people of color. Historically, arrests and convictions for pot-related crimes have disproportionally affected BIPOC communities.

Some believe investing in Black-owned cannabis business is one way to right the wrongs of decades of discrimination and incarceration for marijuana offenses. Without innovative programs to support undercapitalized entrants into the industry, wealthy people—largely white—will see most of the profits from legalization, the thinking goes. Further, right now most money from pot taxes goes to police departments. 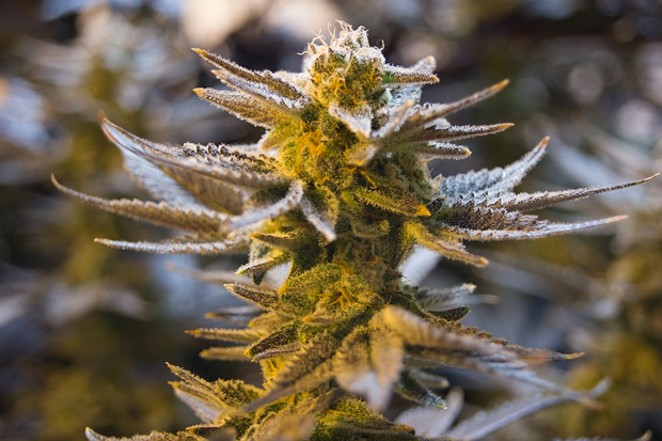 As the movement to “defund the police” sweeps the country, some Oregonians are looking more closely at the enormous budgets of state and local law enforcement agencies. Last year, out of the more than $100 million the State brought in from marijuana taxes, it spent more than $30 million on the Oregon State Police. On top of that, it redirected 10% of the funds back to counties for enforcement: Deschutes County received $400,000 from pot taxes last year.

In Bend, the City collected $700,000 in 2019 from an additional 3% tax it charges on top of the state tax which goes straight into the City’s General Fund, whose primary beneficiary is… you guessed it… cops.

One of the most problematic aspects of drug policing historically is that it has often disproportionally targeted communities of color. On a national level, despite marijuana usage rates between whites and non-whites being similar, Black Americans are arrested for cannabis offenses at a rate of nearly four-to-one compared to whites, according to a 2020 report by the American Civil Liberties Union.

Oregon is one of the only states that expunged the criminal records of those convicted of marijuana-only crimes. But despite the progress of legalization after 2015, minority communities in Oregon often have little means to start up their own dispensaries or cannabis growing operations.

A 2019 study revealed that in Oregon, marijuana stores are located disproportionally in disadvantaged neighborhoods but, less than 2% of all pot shops are owned by minorities. The same communities that were punished by the criminal justice system before marijuana was legalized now lack capital to benefit from the $725 million (Oregon, 2019) industry.

The City of Portland is beginning to deliver on some of the racial justice provisions that were promised with the legalization of marijuana back in 2015. Just two months ago, the Portland City Council moved $27 million that was earmarked for the Portland Police Bureau and instead will invest it in restorative justice initiatives.

In 2019, Portland began a cannabis equity program—inspired by those in San Francisco and Oakland—which provides financial and technical assistance to people from communities with high levels of poverty or a history of drug arrests. Portland allocated nearly $500,000 to non-cannabis related business through this program last year, and $210,000 for marijuana businesses. 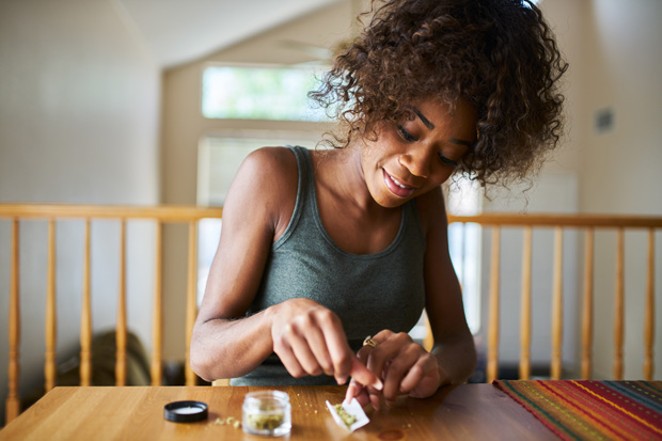 The money is granted through the NuLeaf Project, launched in 2018 to invest in and support business owners of color in the cannabis industry. Besides the grant program, NuLeaf provides mentoring, networking and educational programs to encourage more participation from the BIPOC community.

Adrian Wayman runs Green Box, which curates packages of cannabis, CBD and hemp projects and mails them out to customers on a monthly basis. In 2017, he received a grant from NuLeaf, and his story is one example of how a program like this can improve people’s lives that were once damaged by drug policing.

“I was arrested for cannabis possession, and that was always held over my head with employment and housing,” he told Filter, an online magazine for the cannabis industry. “So the City did exactly what they should have done to fix the wrong for something that should have never been a crime, and invested in my business. This is simply part of restoring the wrongs by giving me the opportunity to make a living, feed my family and have a successful business.”

Is Central Oregon ready to make progressive changes to the way it spends marijuana taxes? Is the additional $400,000 a year to Deschutes County to fund the Sheriff’s Office for pot law enforcement enough, without adding the City of Bend’s own pot tax into the budget of the Bend Police Department? In at least one way, the local area is trending away from more marijuana, with voters voting for a county-wide opt-out on new marijuana farms on November’s ballot. At the same time, Central Oregon hemp farms continue to proliferate.

None of the candidates for Bend City Council were willing to comment on supporting a program like Portland’s. But as the marijuana industry reaches maturity in Oregon, and growers produce way more than they are able to sell in the state, lawmakers have an opportunity to direct growing tax revenue streams into programs that aim to repair the drug crackdowns of earlier eras.