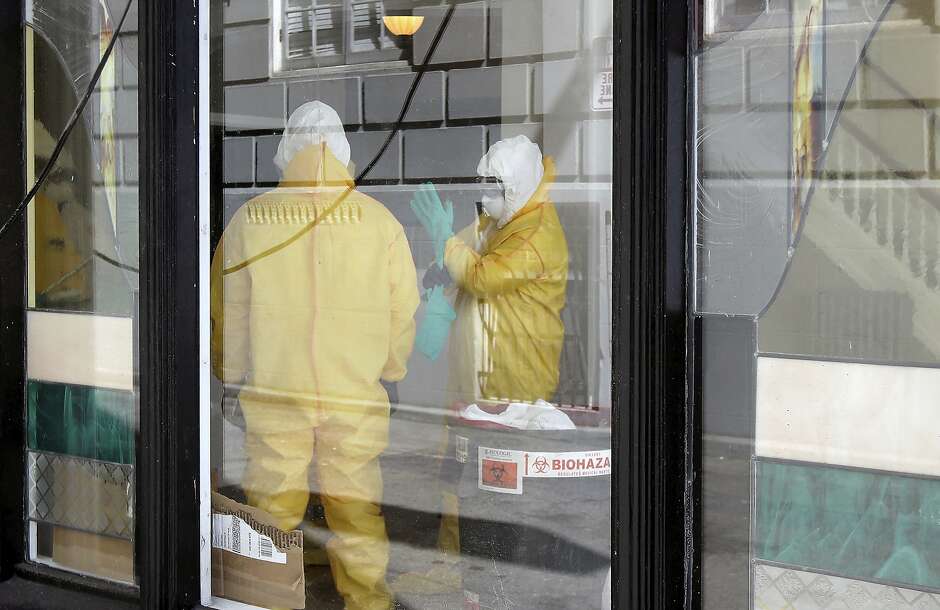 San Francisco’s health department confirmed Wednesday that the city was administering alcohol, tobacco, medical cannabis and other substances in an effort to prevent a handful of people quarantined or isolating in city-leased hotels from going outside to get the substances themselves.

The hotel residents are also receiving medications such as methadone — delivered by methadone clinics — to tamp down heroin cravings. It’s all part of a widely used “harm reduction” approach to helping addicts stay inside and curb the spread of the novel coronavirus while coping with the loss or reduction of their core drugs.

The city-rented hotels have been reserved for individuals who either have COVID-19 or are at heightened risk of catching it, and who have no space of their own to safely self-isolate or quarantine. And some of those individuals have substance-abuse issues or are already on a methadone regimen

The city’s health department is doing what it can to help those individuals through the duration of their self-isolation or quarantine period, said Jenna Lane, a spokeswoman for the Department of Public Health.

“They’re doing San Francisco a great service by staying inside,” Lane said. “We’re saying, ‘We’re doing what we can to support you staying inside and not have to go out and get these things.’” The health department is also making clinicians and social workers available to anyone who wishes to begin addiction treatment while under DPH’s supervision in the hotels.

No taxpayer money was being used to administer the substances to hotel guests, Lane said, only private donations.

Those receiving substances from the health department represent a small subset — a few dozen people — of the population staying in hotel rooms to safely self-isolate or quarantine.

Alcohol abuse, which is widespread among the city’s homeless population due in part to its easy availability, is also a concern. So health department workers are calculating how much alcohol a hotel guest needs to stave off the effects of mild withdrawal.

“For those guests, the DPH medical staff are calculating the minimum medically appropriate amounts of alcohol and distributing it with meals,” Lane said. “Alcohol withdrawal is the only one you can die from.”

But one drug counselor in the city has trouble with the cannabis and liquor being handed out.

“I have it from a pretty reliable source that weed and booze are being given to people in the hotels, and I have a real problem with that,” said Thomas Wolf, a case manager who works with addicts in San Francisco. “There’s an ethical issue there. Alcohol kills more people than any other drug. And I understand the risks of having people detox in hotel rooms, but my understanding is the people who are quarantined in the hotels can leave for 30 minutes for essential services.

“So if they have to get what they think they need, that’s what they should do. But don’t deliver it to them,” he said.

He also pointed out that while marijuana is legal in California, it is illegal under federal law, which might put the Federal Emergency Management Agency funding for some of the hotel costs in jeopardy.

“We want them to stay inside, but, man, you’ve got to draw the line somewhere and ask for more accountability,” said Wolf, who was a homeless addict before cleaning up years ago and becoming a counselor. “Don’t be enabling people.”

Alameda, Santa Clara and Contra Costa counties are also using a harm reduction approach in their hotels, administering medications to keep addicts stable, according to officials there. A program similar to San Francisco’s is also in place in King County, Wash.

Last month, the National Health Care for the Homeless Council released a memo saying that if city programs can’t find ways “to accommodate the use of substances among very vulnerable people, clients may overdose or go into withdrawal (which can also be deadly if not medically monitored). Clients may also leave the program against medical advice, risking their own health and/or civil detention, as well as contributing to public health risk.”

“Our focus is using the best evidence to help people manage their addictions,” Colfax said at a Wednesday news conference. “In some cases, this will include helping them manage their alcohol and nicotine use so they can stay safe and in place as much as possible to help their communities and help themselves.”

New programs providing seed money for marijuana startups are popping up around...
Scroll to top