Blog
You are here: Home / Blog / About Cannabis / This is now the biggest cannabis company in the world 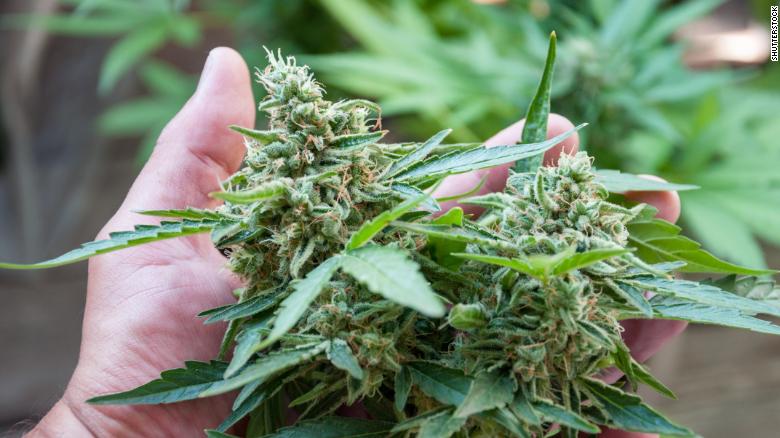 San Francisco (CNN Business)The pandemic has dealt a blow to corporate dealmaking, but one company that you’ve probably never heard of has been on a buying binge.

​​Curaleaf Holdings (CURLF), a Massachusetts company that grows, processes and sells cannabis through dispensaries in 18 states, last week bought the Chicago cannabis cultivator and retailer Grassroots for $830 million.
That makes Curaleaf the biggest cannabis company globally by sales, with expected annual revenue of about $1 billion, executive chairman Boris Jordan told CNN Business.
During the pandemic, the amount and value of M&A deals across all industries have plunged. According to the law firm White & Case, the total value of deals announced in the first half of 2020 was $901.7 billion, down 53% from the prior year. Volume tumbled 32% to just under 7,000 mergers and acquisitions.
Yet, in the past year, Curaleaf has snapped up 15 companies — mostly smaller, established operators in states such as Colorado, Florida and Arizona.
​​Large deals in the cannabis industry are comparatively small — typically in the $200 million to $900 million range — but some companies have had trouble closing them as stock prices plunged and access to capital dried up.
For instance in March, cannabis company Harvest Health & Recreation (HRVSF)’s $850 million acquisition of Verano, a fellow retailer and cultivator of marijuana, was nixed for those reasons. Harvest also said local and state authorities responsible for reviewing and approving ownership transfers were waylaid by the pandemic, delaying the process further.

​​​​Like many in the industry, Curaleaf wants to build scale in the United States, where two-thirds of states have legalized cannabis for medical purposes. Meanwhile 11 states and Washington, D.C., permit recreational use and more are expected to do the same.
Growing bigger would help Curaleaf better compete against any consumer product giants that enter the space if the US government were to legalize cannabis, Jordan said.
​​But there’s still uncertainty over whether cannabis will be legalized at a federal level. That depends largely on the legislative priorities of Congress and who wins the next presidential election.
​​”Obviously it’s a big bet,” Jordan said. “It could go wrong,” especially if the federal government changes its hands-off approach from enforcement or doesn’t change its regulatory stance.
“But I believe the genie is out of the bottle” on federal legalization, he added.
​​Still, the company hasn’t been immune to broader trends. The Grassroots acquisition closed at an estimated $830 million, down from the previously announced value of $875 million when the deal was first announced more than a year ago.
​​And some analysts warn that expanding too fast has proven to be a risky move in the cannabis industry.
Jesse Pytlak, a Cormark Securities analyst who covers some of the larger cannabis companies such as Curaleaf told CNN Business that companies like Harvest and MedMen (MMNFF) — another producer and seller of cannabis — grew too big too fast, taking on too much debt as they sought to capitalize on what they thought was a burgeoning market.
​​”There are concerns whether Curaleaf has been a bit too aggressive” in its expansion as well, Pytlak said.
​​What may work in Curaleaf’s favor, however, is continued access to capital, Pytlak said.
​​Curaleaf this year had a $300 million debt offering, an amount considered sizable by industry standards. It also executed a $400 million equity raise, one of the largest among cannabis companies, when it went public in 2018 on the Canadian Securities Exchange, Pytlak noted.
​​Combine that with the wealth and connections of Jordan, Curaleaf’s billionaire investor and chairman, and that “suggests there’s good access” to even more money in the future, Pytlak said.
https://elevatedsf.com/wp-content/uploads/2020/08/weed.jpg 438 780 Brian Wong https://elevatedsf.com/wp-content/uploads/2019/05/logo.jpeg Brian Wong2020-08-01 23:03:442020-08-01 23:03:44This is now the biggest cannabis company in the world

Success Centers Helps Fill Dispensary Jobs in the Bay Area with a Focus on Social...