You are here: Home / New appellations would celebrate individual terroir of cannabis strain... 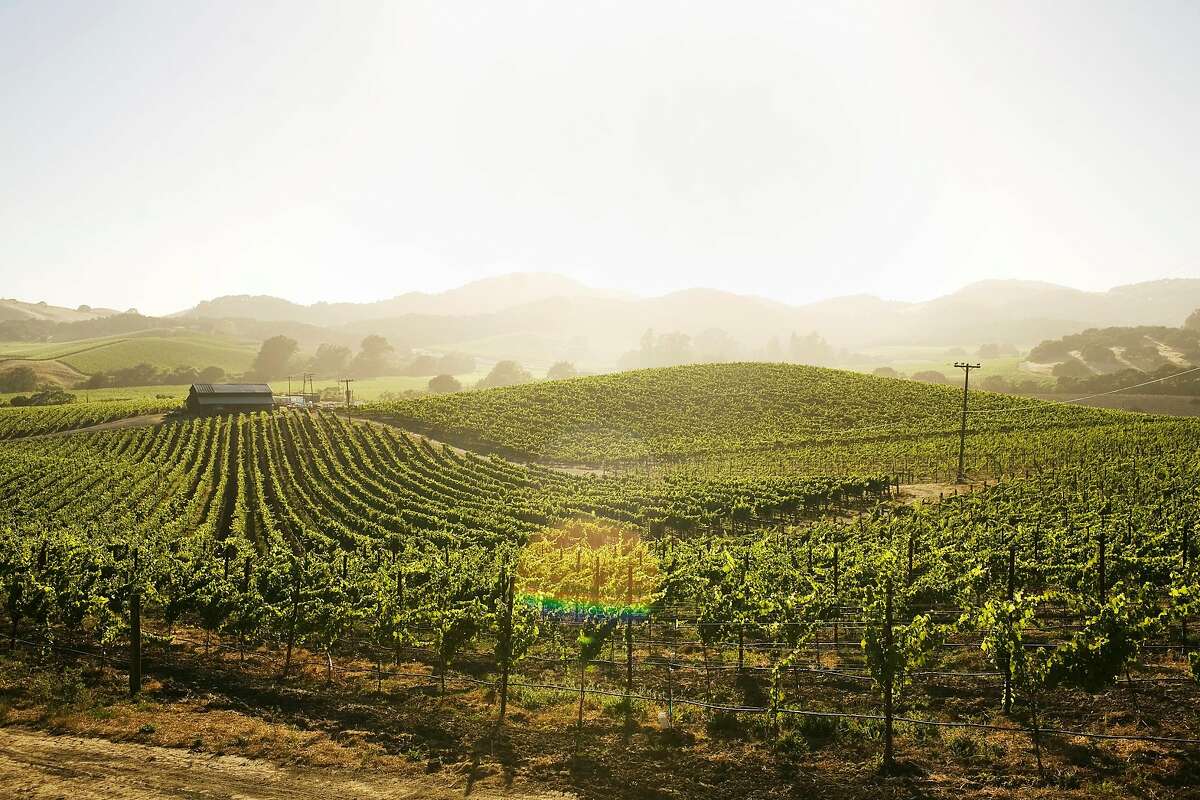 California’s cannabis industry may soon have legally recognized geographic areas as highly regarded as those of the wine industry. Just as Sonoma’s Russian River Valley is known for Pinot Noir and Napa’s Oakville for Cabernet Sauvignon, Northern California sub-regions like Salmon Creek, Comptche and Ukiah Valley could each become world-renowned for their signature strains of cannabis.

If cannabis industry leaders and the California Department of Food and Agriculture (CDFA) follow through on a mutually accepted agenda, the appellation of origin application process will be in place by Jan. 1. It would be the world’s first program of its kind for commercial cannabis farmers.

Carneros, which encompasses parts of Napa and Sonoma and is prized for Pinot Noir and Chardonnay, was the first AVA (American Viticultural Area) based on climate rather than political boundaries.

California’s cultivators of sun-grown cannabis believe that their crops, like grapes, take on distinctive qualities from the specific areas where they are grown, whether it’s a foggy hillside on the North Coast or an arid plain in the Central Valley. Many growers want to make those distinctions a defining characteristic of California’s cannabis industry. The plan would borrow from the structure and standards of wine’s American Viticultural Areas to establish a similar system designed for cannabis. 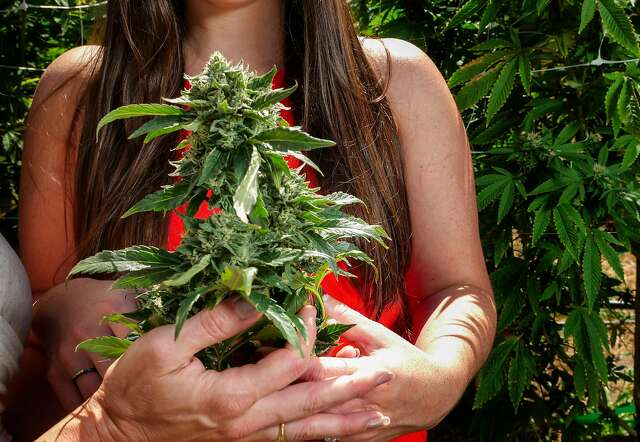 In February, the CDFA released proposed regulations for appellations of origin for cannabis, stating that “an appellation of origin is a protected designation that identifies the geographical origin of a product and how that product was produced.” The CDFA’s Cannabis Appellations Program is designed to promote and support consumer confidence in a cannabis product’s origin and characteristics.

The French term appellation d’origine contrôlée (AOC) means “controlled designation of origin.” The government-regulated system is used around the world for identifying the geographic origins of particular agricultural products. Comte cheese, Prosciutto di Parma and Tequila are all AOC-designated products.

The designation ensures a standard of quality for a particular product in a region, preserving traditions (certain AOCs require that products be made in a certain way; the Barolo appellation mandates that the wine be aged a minimum of 38 months, for example) and streamlining a region’s marketing message. Crucially, AOC-designated products tend to command higher prices. For the cannabis industry, an appellation system would be a major validation of its legitimacy and a huge boost to its prestige.

“What is really important is to take advantage of this opportunity of developing a terroir-based appellation,” said Hollie Hall, a watershed resources specialist living in Northern California. “To maintain standards that the plant has roots, some element of contact with the native soil, that the plant is watered with water that came from the site, and the plant has exposure to sunlight and is not manipulated by artificial lighting.”

Hall has designed a baseline appellation study for Humboldt County and has a grant to install small data-collecting weather stations around the county to help define the specific districts and their attributes that will ensure an appellation’s legitimacy. Hall said, “Whether it’s Napa Cabernet or Kentucky Bourbon, appellation recognition stimulates the local economy, brings a higher price for the product and helps to create sustainable business.”

Hall’s research will articulate the geological characteristics of the county relating to cannabis cultivation, incorporating growing season, soils and elevation.

Even though her research is county specific, the implications extend beyond government-drawn district lines. In cannabis, as with wine, the appellation would be defined by exact locations proved to be geographically distinct from their immediate surroundings. What is grown there will be defined by the composition of the soil the plants are grown in, the amount and timing of sun exposure, temperatures and humidity during the day and at night, and the water sources. These factors show that this particular place is unique and has meaningful cultivation differences from the areas that border it.

An organization called the Mendocino Appellations Project (MAP) has called for a Cannabis Cultivar Library, which would archive plant specimens, common names of cultivars, breeding practices and lineage. To that end, Kuntz has created the nonprofit herbarium Canndor, which focuses on documenting and preserving cannabis diversity.

“We can show uniqueness of plant growth by region and document the characteristics and special features of the products coming out of these regions as compared to other regions,” Kuntz said.

California alone has 139 wine American Viticultural Areas. These are chiefly defined by climate, geology and elevation and have been given official appellation status by the Alcohol and Tobacco Tax and Trade Bureau. MAP has defined 11 cannabis appellation districts in Mendocino.

The difference with the cannabis proposal is that it would regulate production standards and practices. The CDFA proposal includes the establishment of “standards, practices, and varietals” for cannabis. Those standards could include in-ground, sun-grown plants irrigated exclusively by rain catchment or on-site wells. The appellation designation would not apply to cannabis grown indoors.

Since January 2018, “county of origin” standards have been in place that allow licensed cultivators to designate a county of origin for cannabis — Mendocino Grown or Humboldt Grown are common identifiers. Those standards apply to all cannabis products regardless of cultivation method. To use the designation, 100% of the cannabis must be produced in the designated county as defined by the political boundaries.

The new appellations of origin guidelines allow licensed cultivators to recognize cannabis-growing areas that don’t necessarily correspond with county boundaries. They also create requirements for how cannabis is grown in those appellations, although the new system is not intended to replace or override county-of-origin standards.

Primary beneficiaries of appellation designations will be smaller independent farmers whose uniquely terroir-specific cannabis flower could gain the same kind of acclaim as a Pinot Noir grape from the Russian River Valley. In much the same way mass-marketed wine comes from non-appellated grapes developed for broad appeal, cannabis profiles could be flattened by large agriculture companies looking for common denominators rather distinctive characteristics. Creating the appellation system could be a way to fend off such homogenization.

“Those minor cannabinoids and terpenes … we don’t want to lose them before we figure out what they’re good for, right?” Devitt said.

Devitt knows that with hundreds of farmers at work in the Emerald Triangle (Humboldt, Mendocino and Trinity counties), there are also hundreds of cannabis variations occurring. “They’ll all have different proportions of CBD and THC and minor cannabinoids, whether that’s CBG or CBN, and they’ll have different proportions of terpenes,” Devitt said. “The therapeutic benefit of a lot of those cannabis compounds we’re just beginning to understand. Since we’re just beginning to understand, it is imperative that we maintain a strain diversity.”

Tina Gordon, co-founder of Moon Made Farms in southern Humboldt County, hopes the appellation of origin designation will bring wider recognition to the idea of “living systems” that the farms are naturally a part of.

“I want to help people connect cannabis to the source,” Gordon said. “Recognize that cannabis is a living plant and when it’s grown in a living system, it’s going to express in a unique way that’s a reflection of that place.” Gordon’s farm is in an area known as Palo Verde (which would be an appellation district) that cuts across all three Emerald Triangle counties.

Locals here define areas by which volunteer fire department serves them. “We’re in the southeast corner of Humboldt and it captures the corner of Mendocino and it captures a corner of Trinity. There’s no way for the Trinity and the Mendocino folks to access their homesteads, where they live and where they farm, without going through Humboldt,” Gordon said. It’s a community cultural identification that reaches beyond the government definition.

Marcus Crowder is a freelance writer.